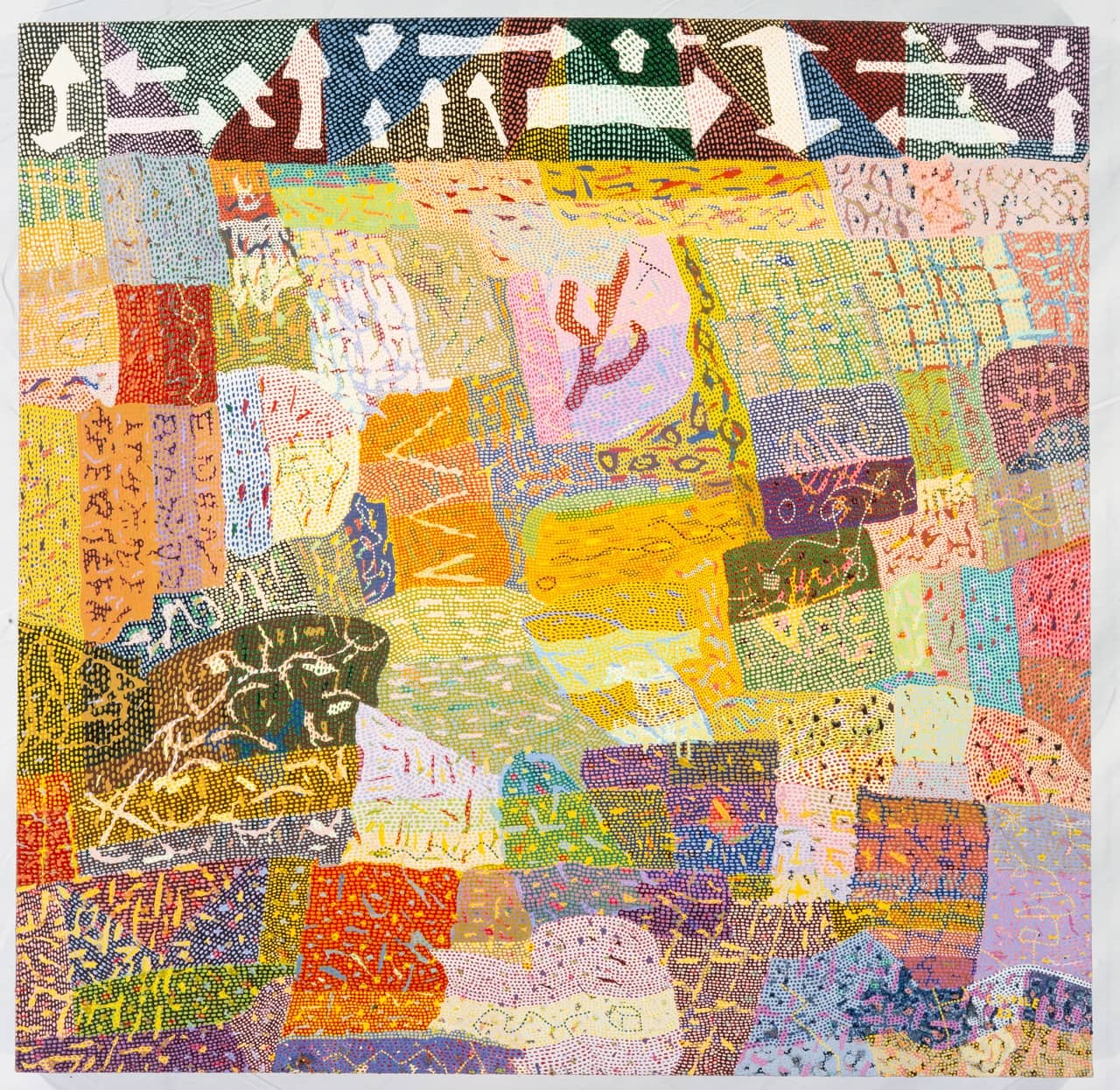 Detroit Native and Wayne State alum, Carlo Vitale Jr. found his place as an artist during the Cass Corridor art movement. The artistic style of this movement ranged far and wide, but the most common factors were using recycled materials or increased emphasis on the process of art making. There were influences from the broader art scene, like Abstract Expressionism in New York which valued spontaneous creation. When viewing “Apollo Seven” by Vitale, there is obvious use of the pointillist painting style. Pointillism is recognized for the optical effects resulting from the process of creating an abundance of dots. Vitale desired to make art with movement and illusions, which could explain his direction towards this style. Corresponding with the Cass Corridor’s recognition of the art making process, pointillism was also viewed as a very scientific technique, implying importance for the process of creation. The artist’s website mentions the inclusion of agricultural themes, which are present in this painting of Vitale’s as well. The composition’s geometric forms could symbolize rows of crops, there is also a figure at the top of the painting that appears to be a stick or abstracted tree. The title could symbolize many things. “Apollo Seven” instantly correlates to the NASA space mission, or the Apollo Theater in Harlem, or potentially the greek god Apollo. The artist speaks of music's influence on his artistic process, which connects the Apollo Theater. Apollo, the greek god, was the god of the Sun, healing and disease, and also archery. The arrows at the top of the composition also have the ability to be tied to Apollo as arrows were often associated with him as the god of archery. This painting is a great representation of the artist’s style because of the use of pointillism and bright colors is found across his works.

Back to Picture of the Week Archive